The General Assembly takes place on the street with a large group of people. In addition to the people who have signed up for this conversation, interested bystanders can also participate.

In this form of conversation/performance, we investigate our relation to the city and the ways in which we can make ourselves seen and heard in public space, now and in the future. We use the methods of the Occupy movement (hand signals, the ‘human microphone’, open space technology) but also take inspiration from the so-called idle chattering of oldsters sitting beneath the shade of a tree in the centre of the village, such as they do in Congo and elsewhere.

We want to work toward a form of speaking in public that is concentrated, focused and open. The conversation focuses on the group, on what is being discussed and at the same time is open to the surroundings, the city and the people who walk by. We form three concentric circles, with the inner circle being the most concentrated, the middle one being the place where people can take a position, and the outer circle being the place where people do not really participate, if at all. During the gathering, the participants frequently move from one circle to another in order to get different perspectives on the group and test their own position. What is being discussed also takes place in reality, turns into action. As we speak, we relate to each other in the city. This ‘Droste effect’ in the conversation allows the participants to continually test, enrich and confirm what is being said by what they are doing. The General Assembly ties in with the investigation into new democratic forms currently being carried out in many European cities. 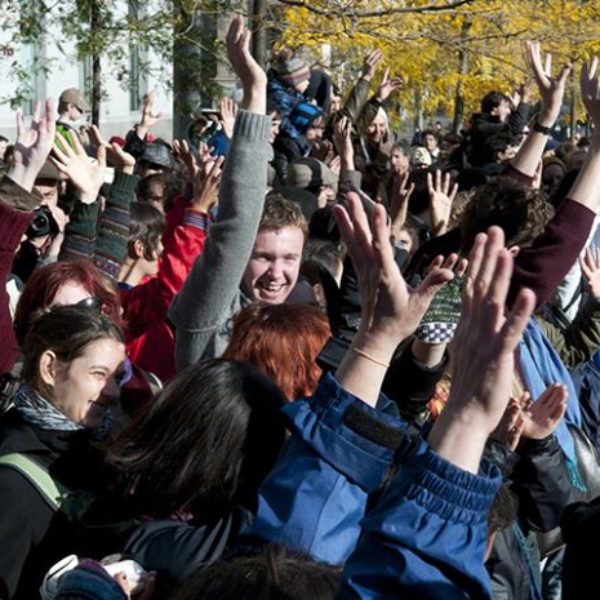 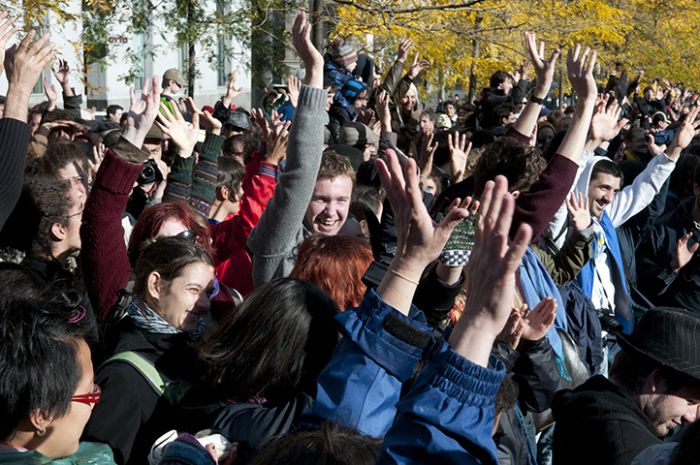