Thinking Together – an Experiment

Duration: 4 hours (starting at the meetingpoint and ending there with a shared meal)

Thinking Together – an Experiment is based on the theory and practice of the American quantum physicist David Bohm, who maintains that there is a self-regulating mechanism within a group of people that allows large groups of people to speak without a moderator.

David Bohm claims that you never think alone and that your thinking is always related to the thinking of others. According to him, conversation is the place where you can investigate and readjust the patterns of this collective thinking with each other. As a quantum physicist, he was interested in the chaos and underlying order exhibited by small moving particles. Later in life, he became interested in the chaos and underlying order in our thinking and speaking, and he called for carrying out conversations in which the chaos, frustration and irritations can be seen.

Thinking Together Revisited
During The Gathering, together with experts with practical experience such as teachers, programme makers, debate leaders and politicians, we will investigate what is needed now to create a safe, free and experimental space in which patterns can be observed and broken. How do safe and good spaces relate to the free space proposed by Bohm? 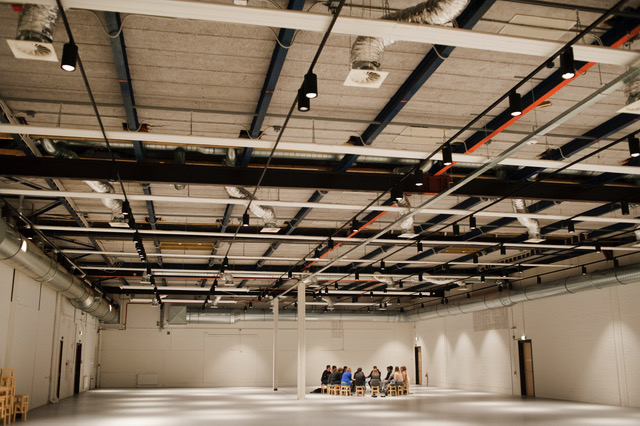 No English spoken performances planned at this moment